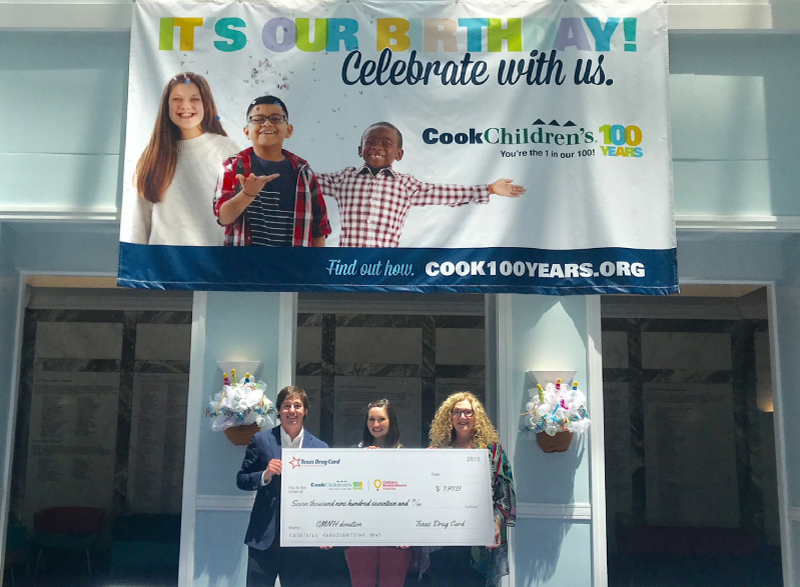 Texas Drug Card had the opportunity to meet with Cook Children’s representatives, Karol Johnson, CMN Specialist and Erin McDonald, Annual Giving Coordinator.  During this meeting a donation from Texas Drug Card was presented to Cook Children’s for $7,917.75.  Karol and Erin took the Texas Drug Card team to the Atrium where special events take place.  What was so special about this location is the hundreds of mirrored windows on all sides going up 6 floors that were all individual child patient rooms, where the children that cannot attend events can feel a part of them.

Since 2015, the United Networks of America partnership with Children’s Miracle Network Hospitals has raised over $2.4 million dollars for local children’s hospitals. Of this, $7,917.75 has been raised for Cook Children’s.