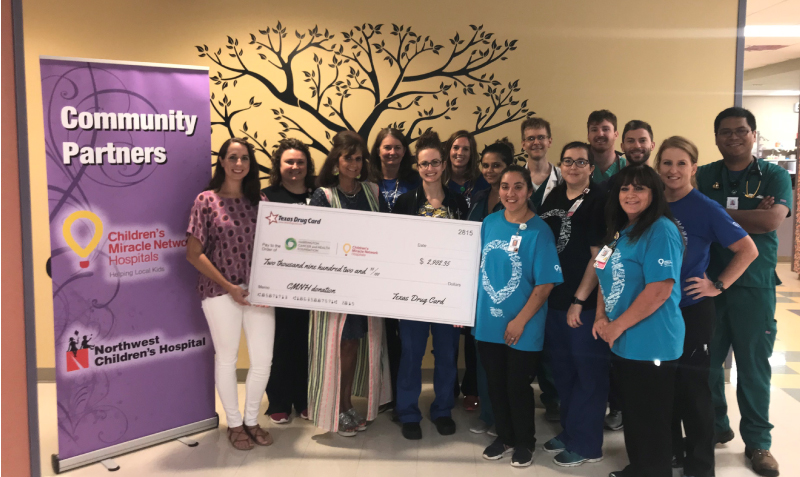 Texas Drug Card met with Molly Caviness, Children’s Miracle Network Specialist for Harrington Cancer and Health Foundation in Amarillo, Texas. Molly introduced us to the nursing staff and we educated the staff on how to use the Texas Drug Card and how to use the pricing app to check prices on medications that are high in cost and that are frequently used in the hospital.  In the middle of the meeting one of the nurses took the Texas Drug Card directly to Walmart to use while picking up a prescription that had been costing her niece over $800.  With the Texas Drug Card it was only $110.40 for a month supply of Erythromycin – Benzol Peroxide. The interaction with this nurse running to get a prescription for her niece mid conversation shocked the nursing staff and put everyone 100% on board with the program, and all asked what can they do to help roll out the Rx savings program throughout the entire hospital.   A donation will be made to Harrington Cancer and Health Foundation each time a prescription is processed through the Texas Drug Card.

Since 2015, the United Networks of America partnership with Children’s Miracle Network Hospitals has raised over $2.4 million dollars for local children’s hospitals. Of this, $2,902.35 has been raised for Harrington Cancer and Health Foundation.